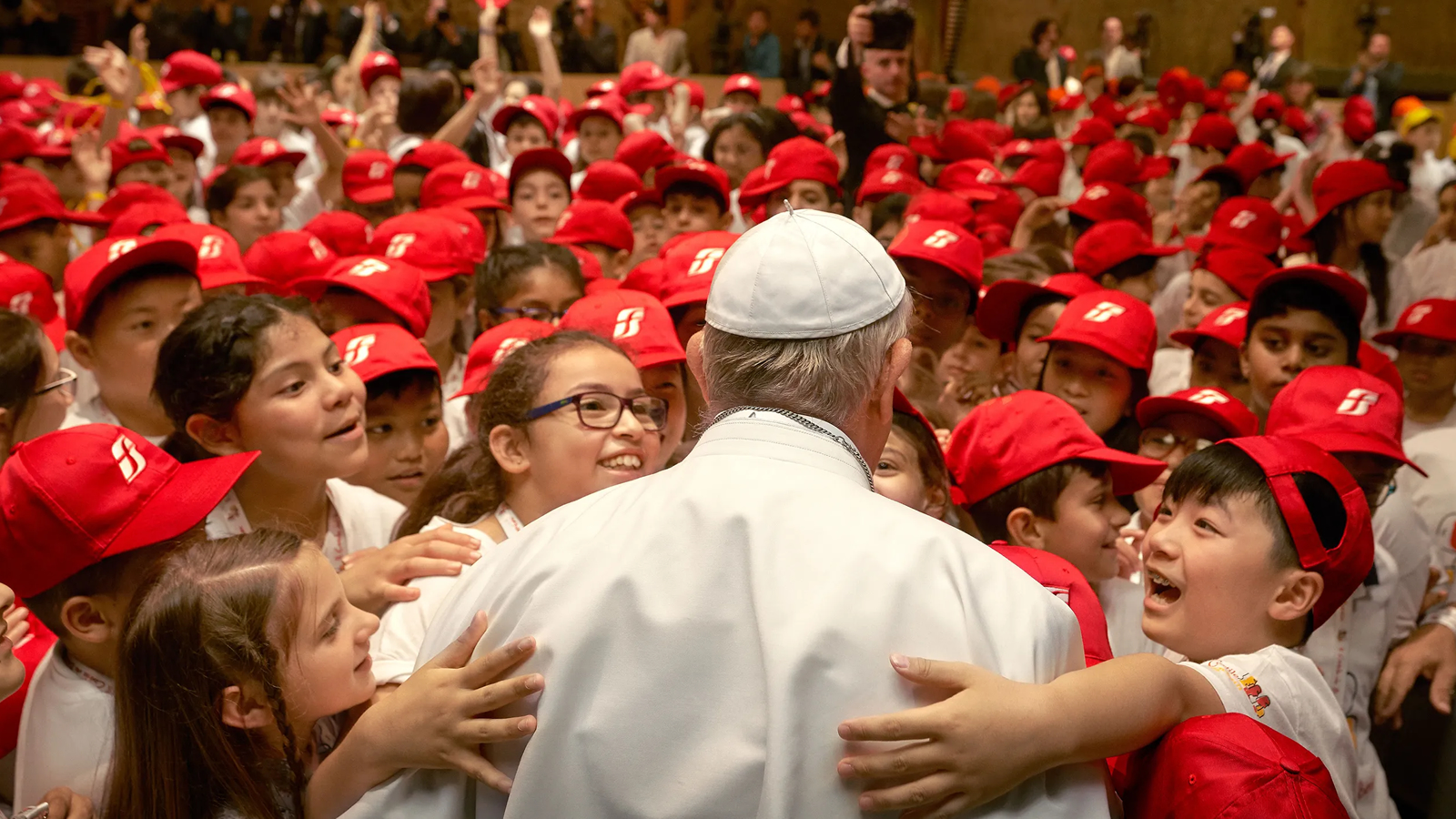 Today Pope Francis launched the Apostolic Letter Antiquum ministerium (Old Ministry), in which he establishes the Ministry of Catechists! This was an old claim of those who dedicate themselves to the service of educating Catholics in their faith and now we will understand all the details of the news.

The apostolic letter is very simple and short, at the end of this post you will be able to read it in its entirety. The text is basically dedicated to demonstrating that the exercise of catechesis is as old as the Church itself and is one of the essential missions for its installation and growth.

The whole history of the evangelization of these two millennia shows, with great evidence, how effective the mission of catechists was. Bishops, priests and deacons, along with many men and women of consecrated life, dedicated their lives to catechetical instruction, so that faith would be a valid support for the personal existence of each human being.

But if the work of catechists is so evident, why did it take so long for recognition as a ministry? In fact, the function was already part of another ministry: that of Reader, who is the Minister of the Word and whose task is to educate the people in the faith. It turns out that this ministry was understood as one of the stages of the journey towards the sacrament of the Order and, therefore, it was a transitory state through which future deacons and priests passed. And though Francis has made this rule more flexible, the Reader is still much more directed towards the liturgy than towards the service of catechesis as we know it. Thus, it makes a lot of sense to create a ministry with its own characteristics and focused only on the work of the laity in education for the faith.

And this is an important point: the Catechist Ministry is focused on the work of the laity!

receiving a lay ministry such as that of a catechist gives a greater accent to the typical missionary commitment of each of the baptized, which, however, must be carried out in a fully secular way, without falling into any attempt at clericalization.

We have always heard that ministers are “invested”: this is a characteristic of most ministries that we find in our dioceses. Being invested means receiving responsibility from the Church to provide a service on a temporary basis. So it is with the Altar boys, Ministers of the Eucharist, Reception, Word and others.

“Instituted” ministers are given a definitive mission to act on behalf of the Church. In other words, it is not just the exercise of a temporary function, but the authority to teach the Catholic faith for life!

PREPARATION FOR THE CATECHIST MINISTRY

The document does not provide further details on the requirements other than the emphasis on the lay characteristic of the ministry. But he asks the Episcopal Conferences to create a formative itinerary for the preparation of the laity for this mission and establishes that the Congregation for Divine Worship and Discipline of the Sacraments should soon publish a new rite for the institution of catechists.

Anyway, this is great news for the Church. It is not only the recognition of what already exists, because in raising the work of catechists to the degree of established ministry, Francis raises the responsibility for those who were chosen for the function and for the Church itself that should prepare them for this mission.

It is undoubtedly a great step towards the realization of something that we always ask for here: a better structuring of catechesis and the consequent increase in its quality.

Here is the full text of the new apostolic letter.

INSTITUTING
THE MINISTRY OF CATECHIST

Saint Luke begins his Gospel by stating: “I too have decided, after investigating everything accurately anew, to write it down in an orderly sequence for you, most excellent Theophilus, so that you may realize the certainty of the teachings you have received” (Lk 1:3-4). The evangelist seems to be well aware that his writings offer a specific form of instruction that can give firm assurance to those already baptized. The Apostle Paul, for his part, tells the Galatians that: “one who is being instructed in the word should share all good things with his instructor” (Gal 6:6). As is evident, this text provides yet another detail; it speaks of the communion of life as a sign of the fruitfulness of an authentic catechesis.

Within the broader charismatic tradition of the New Testament, then, we can see that certain baptized persons exercised the ministry of transmitting in a more organic and stable form related to different situations in life the teaching of the apostles and evangelists (cf. SECOND VATICAN ECUMENICAL COUNCIL, Dogmatic Constitution on Divine Revelation Dei Verbum, 8). The Church wished to acknowledge this service as a concrete expression of a personal charism that contributed greatly to the exercise of her mission of evangelization. This glance at the life of the first Christian communities engaged in the spread of the Gospel also encourages the Church in our day to appreciate possible new ways for her to remain faithful to the word of the Lord so that his Gospel can be preached to every creature.

Nor can we forget the countless lay men and women who directly took part in the spread of the Gospel through catechetical instruction. Men and women of deep faith, authentic witnesses of holiness, who in some cases were also founders of Churches and eventually died as martyrs. In our own day too, many competent and dedicated catechists are community leaders in various parts of the world and carry out a mission invaluable for the transmission and growth of the faith.  The long line of blesseds, saints and martyrs who were catechists has significantly advanced the Church’s mission and deserves to be recognized, for it represents a rich resource not only for catechesis but also for the entire history of Christian spirituality.

Along with the important teaching of the Council, mention should be made of the constant interest of the Popes, the Synod of Bishops, the Episcopal Conferences and individual Bishops who, in recent decades have contributed to a significant renewal of catechesis. The Catechism of the Catholic Church, the Apostolic Exhortation Catechesi Tradendae, the General Catechetical Directory, the General Directory for Catechesis and the recent Directory for Catechesis, as well as the many national, regional and diocesan Catechisms, have confirmed the centrality of a catechesis that gives priority to the education and ongoing formation of believers.

Awakening personal enthusiasm on the part of all the baptized and reviving the awareness of their call to carry out a proper mission in the community demands attentiveness to the voice of the Spirit, who is unfailingly present and fruitful (cf. CIC can. 774 §1; CCEO can. 617). Today, too, the Spirit is calling men and women to set out and encounter all those who are waiting to discover the beauty, goodness, and truth of the Christian faith. It is the task of pastors to support them in this process and to enrich the life of the Christian community through the recognition of lay ministries capable of contributing to the transformation of society through the “penetration of Christian values into the social, political and economic sectors” (Evangelii Gaudium, 102).

The role played by catechists is one specific form of service among others within the Christian community. Catechists are called first to be expert in the pastoral service of transmitting the faith as it develops through its different stages from the initial proclamation of the kerygma to the instruction that presents our new life in Christ and prepares for the sacraments of Christian initiation, and then to the ongoing formation that can allow each person to give an accounting of the hope within them (cf. 1 Pet 3:15). At the same time, every catechist must be a witness to the faith, a teacher and mystagogue, a companion and pedagogue, who teaches for the Church. Only through prayer, study, and direct participation in the life of the community can they grow in this identity and the integrity and responsibility that it entails (cf. Pontifical Council for the Promotion of the New Evangelization, Directory for Catechesis, 113).

To be sure, “there has been a growing awareness of the identity and mission of the laity in the Church. We can indeed count on many lay persons, although still not nearly enough, who have a deeply-rooted sense of community and great fidelity to the tasks of charity, catechesis and the celebration of the faith” (Evangelii Gaudium, 102). It follows that the reception of a lay ministry such as that of Catechist will emphasize even more the missionary commitment proper to every baptized person, a commitment that must however be carried out in a fully “secular” manner, avoiding any form of clericalization.

Therefore, after having taken all things into consideration, and by apostolic authority

the lay ministry of Catechist

The Congregation for Divine Worship and the Discipline of the Sacraments will soon publish the Rite of Institution of the lay ministry of Catechist.

I order that what has been laid down by this Apostolic Letter issued “Motu Proprio” have firm and stable effect, anything to the contrary notwithstanding, even if worthy of special mention, and that it be promulgated by publication in L’Osservatore Romano, taking effect that same day, and published thereafter in the official commentary of the Acta Apostolicae Sedis.

Given in Rome, at Saint John Lateran, on the tenth day of May in the year 2021, the liturgical memorial of Saint John of Avila, Priest and Doctor of the Church, the ninth of my Pontificate. 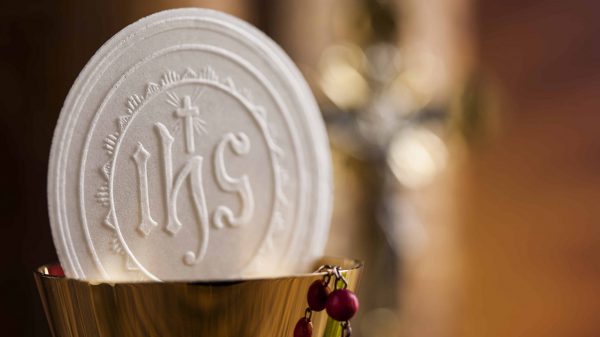